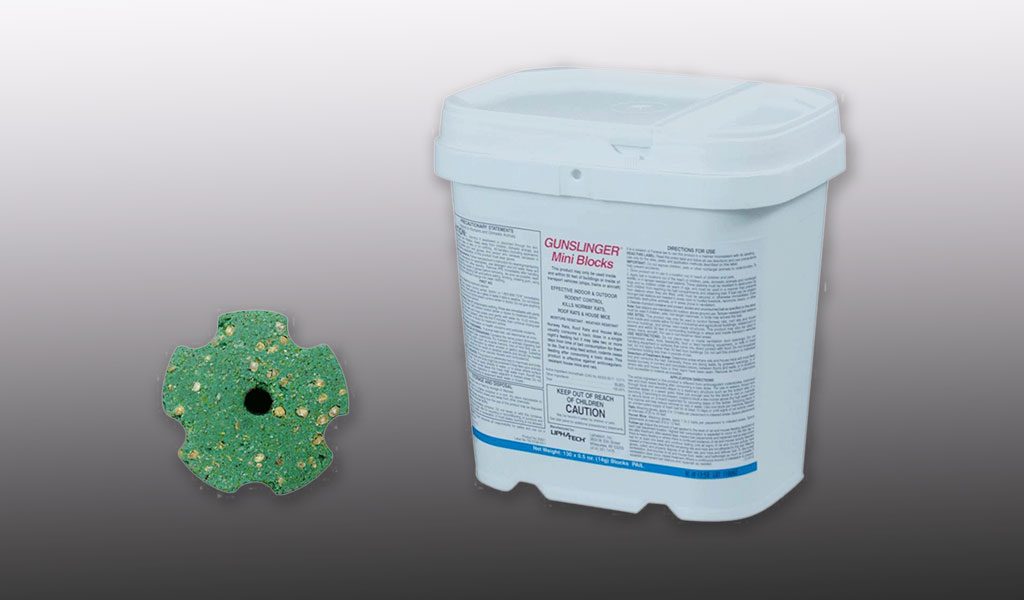 Gunslinger® is an acute, non-anticoagulant rodenticide that starts controling mice and rats in as little as 48 hours after they have consumed a lethal dose. It contains the active ingredient bromethalin, a neurotoxin. By providing a break from anticoagulants, Gunslinger reduces the potential for anticoagulant resistance among rodent populations. It is an excellent bromethalin rodenticide to rotate into a baiting program, particularly at times when animals are not present and animal feed can be withdrawn as a competing food source.